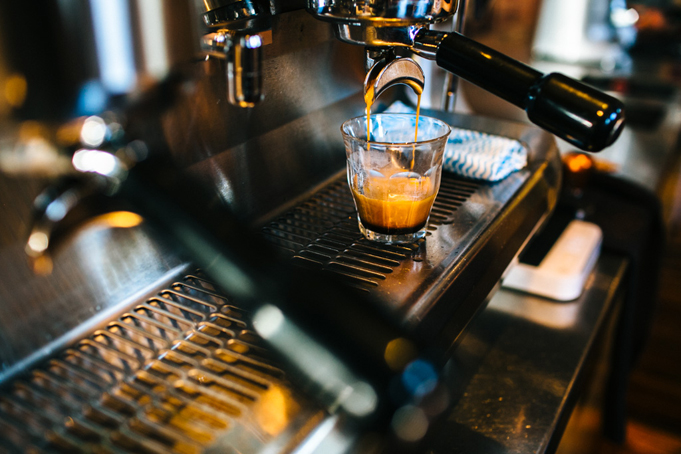 EVER WONDERED WHERE COFFEE STANDARDS COME FROM?

Who deems an espresso should be extracted in a certain time, be a certain size?

What pressure and temperature should be applied? That a cappuccino should be made like this and a latte like that?

The standards came from the coffee companies who invented the espresso machines and roasted the beans - with Ernesto Illy in Italy leading the field by setting up coffee research and training centers around 1950.

Some things have not changed in 60 years or so. Coffee companies around the world are leading the way, and one-on-one mentoring is still how a lot of the best barista training is done and how a good proportion of the world's best baristas are born.

But with the enormous growth of the specialty coffee industry at such a rapid pace, put simply, this is a luxury that most budding baristas cannot access. What has changed over the years, however, is where the standards are coming from.

Various associations and organizations took the reins, specifying things that contribute to a perfect espresso - the beans:water ratio, the extraction rate, the ideal temperature and Dressure for the water, for example.

The SCAA (established in 1982) began taking roasters to origin in 1987 and Ted Lingle, one of its founders, wrote the Coffee Brewing Handbook (published in 1992) and later the Coffee Cuppers Handbook, which became the industry standards of the 1990s.

Now the SCAA organises coffee events and activities all over the world and offers an impressive range of training courses - for which rigorous standards have been set. The SCAE (established in 1998) is working towards a similar set of standards and training programs, notably their newly released Coffee Diploma System.

Since the specialty coffee boom that began in the 1980s, these two associations have paved the way for numerous national associations and barista guilds that can now be found in most countries - such as the Australasian Specialty Coffee Association.

On a global level, the Rules and Regulations of the World Barista Chamoionships are also playing their part. With baristas all over the world using these standards in their daily work and training to compete in the hundreds of regional, state and country competitions, the WBC has certainly had substantial cross-cultural acceptance for over 10 years.

Run by World Coffee Events, the World Barista Championships started in Monte Carlo in 2000, with 12 countries competing in one event. Last year in Vienna, there were 54 competing nations and six events.

It is considered by some to be the coffee industry's premier international event, continually improving the standards each year for what is possible in specialty coffee.

In Australia, we have a National Training Framework that is highly regarded internationally - with cross credentialing for full qualifications in hotel schools in Switzerland, the USA and the UK, for example. Due to be endorsed in December this year, the SIT12 Tourism, Travel and Hospitality Training Package. (one of over 50 industry training packages that forms the National Training System) includes two standards on espresso coffee for Registered Training Organizations (RTOs) in the National Vocational Education and Training sector to deliver.

The development and subsequent reviews of these units of competency were industry-driven, originating from a group of coffee professionals who met regularly about 10 years ago.

Their charter was to provide coffee industry input into what should be covered in any course offered by a training provider in the country - be it a coffee company or an educational institution.

The aim was to get industry and education to meet and inform the direction of Australia's standards on espresso coffee.

The outcome was two documents: Prepare and Serve Espresso Coffee and Plan and Monitor Espresso Coffee Service. Known as Units of Competency, the first covers the skills a barista needs to know to "operate with some level of independence and under limited supervision".

The second applies to those "who operate independently or with limited guidance and who have substantial knowledge of coffee".

Recently, Service Skills Australia undertook a formal review of the Training Package, including these Units of Competency on espresso coffee to bring them in line with current trends and practices.

While all in the hospitality industry are invited to contribute to such reviews at any time, a working group of about 20 coffee companies from all states, including key people from the National Specialty Coffee Association, were invited earlier this year to contribute industry feedback on various drafts of Prepare and Serve Espresso Coffee.

More than ever before, an inexperienced barista has an enormous variety of options to draw from and does not have to rely solely on finding a good mentor to teach them.

Having said that, more than ever before, experienced baristas are experimenting with the extraction variables and challenging all the preconceived notions about extraction and standards set to date.

So it has never been a more exciting time for a keen barista to be part of the ever-evolving, ever-challenging pursuit of the elusive perfect espresso.

There is a plethora of training possibilities, and being a barista has become a recognized career pathway with exciting international possibilities.