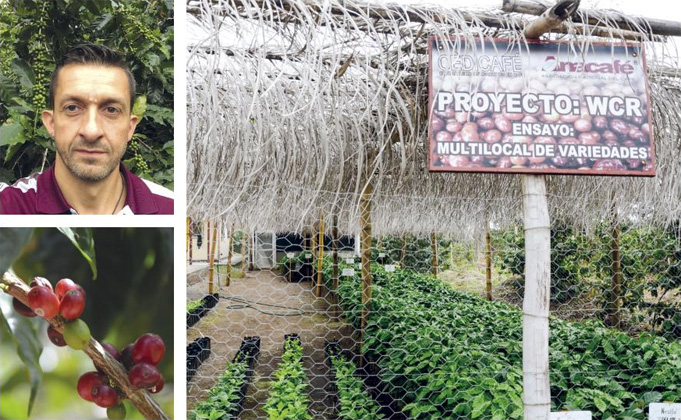 In the space of one week, the coffee industry went from having no dedicated coffee programs at American universities to boasting two.

At the start of September, Texas A&M announced the creation of the Center for Coffee Research and Education, located in the school's renowned Norman Borlaug institute of International Agriculture.

Then UC Davis, which has gained recognition for its popular "The Design of Coffee" undergraduate course, opened the Coffee Center, which has its own facility near the school's Robert Mondavi Institute.

Leo Lombardini, the director of Texas A&M's center, sees the two programs as offering a chance to address coffee's longstanding neglect by researchers. "Coffee frequently is referred to as an orphan crop," he says.

"Those are crops that are very important for producers and consumers and have a decent market. In the case of coffee, it has a huge economic value, but if you look at the resources that have been put in R and D, it's very limited."

That's driven in large part by where coffee has been grown—colonies and then developing countries — and where it's consumed—imperial centers and then advanced countries.

The two centers have distinct missions, splitting the world of coffee neatly between themselves. The Texas A&M program is an offshoot of the work done by World Coffee Research, which got its start at Texas A&M but has recently struck out on its own.

The center's work is focused on farming at origin, especially the improvement of coffee plants and farming practices. The UC Davis center, like its wine and beer research outfits, is focused on studying the consumable product.

It has an experimental green bean storage facility, a cold-brew and packaging facility, cupping and analysis labs, and a water system that they hope will provide ten different formulations of water to every sink in the center.

In his introductory letter, William Ristenpart, the director of UC Davis's center, sees this work as addressing another side of the orpha n issue.

He writes, "There are few academic programs in the nation that investigate or even discuss the science of roasting and brewing coffee."

"This is not because coffee is uninteresting scientifically—far from it! — but because traditionally there has been little federal or state support to investigate a commodity based on agriculture outside the United States."

Agriculture in the US has long relied on land-grant schools like UC Davis and Texas A&M to bolster and improve crops and growing practices.

More recently, food programs have propelled the science and craft of many industries, from cheese to booze.

The coffee industry now has the chance to bring some serious science from esteemed institutions to make it better.